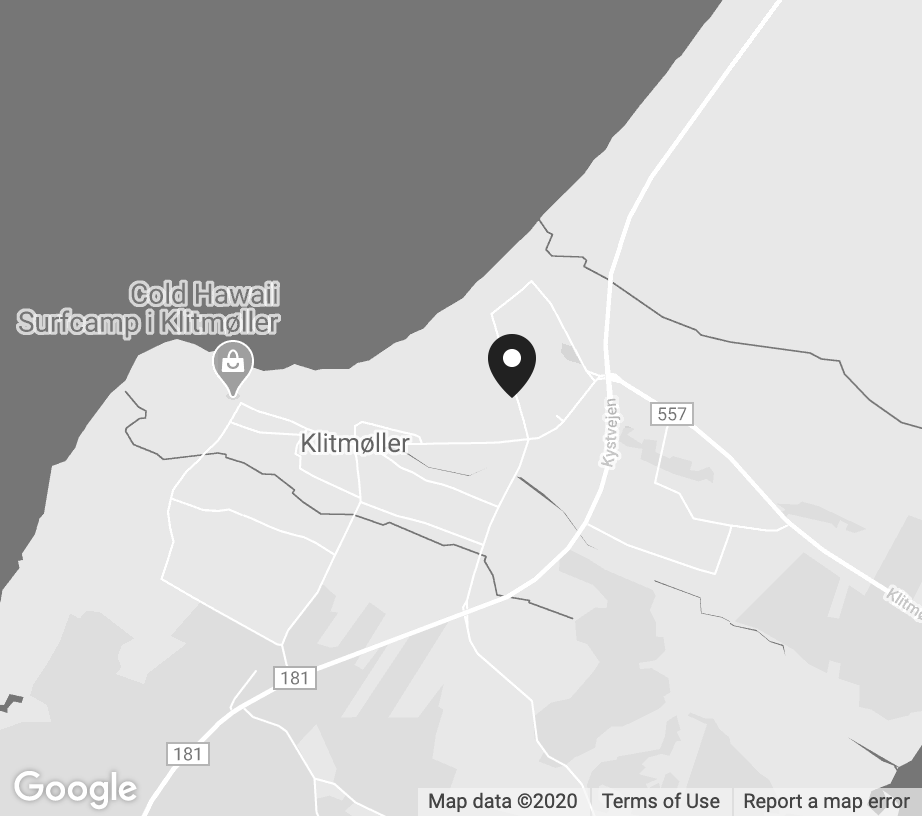 The town of Klitmøller is named after the water mills, which lay by creeks and painted grain for flour and grits. The products were – along with other goods – exported to Norway in the large-scale shot commercials, which became of great importance to the city. Later fishing became the primary business in Klitmøller, but with the construction of Hanstholm Harbor in 1967, the fishery was moved there.

Today Klitmøller is a cozy leisure fishing village and at the same time an exciting seaside resort with a nice beach in the middle of Denmark’s first national park, namely National Park Thy – where many people are attracted by the great opportunities for hiking and cycling.

The bay around Klitmøller is used in great style for windsurfing, kite surfing, paddle surfing, stand up paddle surfing (SUP), kayaking and much more! Klitmøller have therefore been given a new nickname, Cold Hawaii, for which the city is also known worldwide.

Klitmøller is therefore a popular excursion destination, where guests vacation at Klitmøller Badehotel and in the many summer cottages in the area.